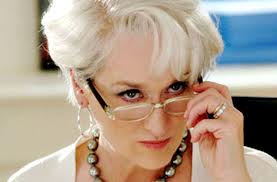 Is the Queen Bee Syndrome dead?

Ask a group of women whether they enjoy working for another women and the resounding response – in my experience – is NO! This strong and negative response has shown up in face-to-face discussions and in online comments to blogs on the subject.

What lies behind these strong responses is an experience of a Queen Bee (or someone else’s story about one). The Queen Bee Syndrome suggests that women in positions of power do not help other women get ahead, and in fact, may even actively keep other women down, contributing to the gender gap.

Recent research conducted by Catalyst into High Potentials in the Pipeline suggests that the Queen Bee Syndrome is being overtaken by an increasing number of women who are developing female talent in their organisations. Women are more likely to pay it forward when they have received support to achieve their own career goals. According to the research, 73% of women will develop women coming up the pipeline while only 30% of men will develop women. Given how few women are at the top compared with men, it’s no wonder it’s taking so long to achieve a fair go for women!

Heidi Roizen, in her interview at the 2013 Women in Leadership Conference said that women generally like to help each other because we’re wired that way (yes, that’s a stereotype!) and where it is not a zero sum game, they will help each other. In her view, it depends very much on the job. If there are only so many spots for women, they/we will compete with each other tooth and nail to win the role. Zero sum situations eliminate the likelihood of collaboration. However, where that doesn’t exist, we will help each other.

How about we expand the pie?  It stands to reason, then, if we can create more opportunities for women and increase the numbers of women at and close to the top of the organisation that more women will help each other. I hope so.

What do you think?